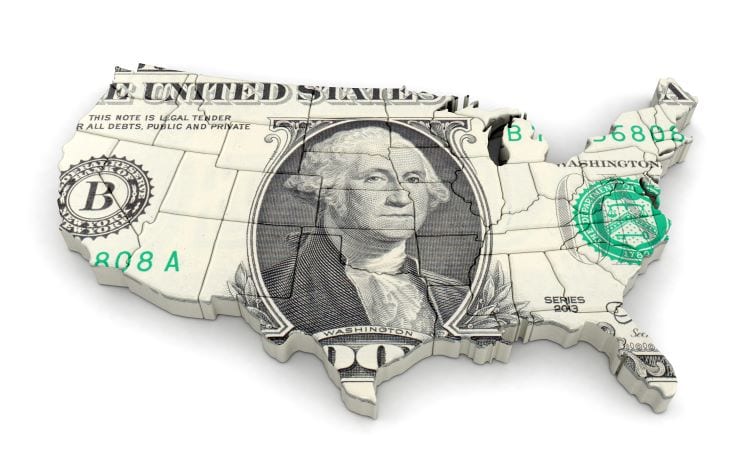 Simply put, state income tax is a percentage of your annual income that your state collects in the form of an annual tax.

Depending on your state, the range of extra taxes that you must pay ranges a great deal. California places the highest tax rate on residents, which will vary depending on an individual or family taxpayers income from only one percent to a staggering 13.3 percent.

The Seven States with No Income Tax are:

And residents of Tennessee will be able to reap no state income tax benefits by 2021.

For the residents of these states, the absence of an income tax does not mean they don’t pay tax. There are countless individuals who make the move out of one state to a state that places no income tax because this is reason enough alone for them to want to make the switch.

Of the 43 states which place income tax on their residents, there are eight that have implemented one tax bracket for their residents. Also known as a “flat tax” rate, these states are:

This source of state government revenue is essential to the livelihood of these states, despite the fact that a tax is always a tax. For these states which do enforce state income tax, these taxes go directly towards the needs of the state to serve the public. Without taxes, necessary services would not be made available to the public.

Out of the 50 states, 43 levy individual income taxes; 41 places tax wage and salary income. For these states which do not impose a state income tax, sales and property taxes can be substantially higher. Texas and Tennessee, for example, have the highest property taxes in the country, which can make homeownership difficult to come by for some in these states.

Each state is given the right to govern their own state income tax rate as they see fit. State taxes will often coincide with variables such as political preferences, demand for public services, and the needs of the state as a whole.

In the states listed above that do not enforce state income tax, they must rely on other methods to accumulate money to cover free public services offered to the public, infrastructure costs, funds for police and fire department, etc. Depending upon the needs determined by state officials, they will often implement higher sales tax rates, fuel costs, and property taxes.

The Benefits of Living in a No-Income-Tax State

Obviously not having to pay a considerable portion of your taxable income to the government is a huge win in the eyes of taxpayers.

Here are some key benefits of living in a state with no income tax:

Moving to a state with no income tax is not a magical problem-solver. Although it might sound appealing, you must weigh your options heavily to see both sides of the spectrum equally.