On September 18th, 2020, the United States and the world lost an icon. Ruth Bader Ginsburg, 87, passed away after four decades of public service, including 27 years on the Supreme Court. Ginsburg was the second woman to sit on the court and leaves behind a legacy as a trailblazer, feminist leader, and passionate fighter for equality.

Ginsburg’s opinions from the bench have shaped America and will continue to do so long after her death. To remember her life and the incalculable impact Ginsburg had on American culture and society, we decided to recap some of Ginsburg’s most important opinions. Since being named to the SCOTUS in 1993, Ginsburg became notorious for her fiery dissents and fights against discrimination in all its forms. You may not know it, but your life may be significantly different at least in part because of Ruth Bader Ginsburg.

It would be difficult to encapsulate the work and legacy of any Supreme Court Justice, let alone one as accomplished as Ginsburg, in one article. With that in mind we’ve compiled some of the most notable cases from her lifetime, but hope our readers learn even more about this American icon.

One of the first major opinions penned by Ginsburg came in 1996, three years after she joined the court. Ginsburg wrote the majority opinion in the United States vs. Virginia, a case that centered around Virginia Military Institute’s male-only admissions. Since VMI was the state’s only publicly funded single-gender higher education facility, the court deemed it unconstitutional to bar women.

Initially, Virginia sought to remedy the problem by creating Virginia Women’s Institute for Leadership, an all-women counterpart to VMI. The court shot down this suggestion as well, instead opting to require VMI to admit qualified women. A major point of Ginsburg’s decision was that the VWIL would not provide the same education and training as the VMI. The argument centered around the “equal protection” clause of the 14th Amendment, the same section that was used to justify “separate but equal” racial segregation.

“VWIL affords women no opportunity to experience the rigorous military training for which VMI is famed,” she wrote. ” Instead, the Commonwealth has created a VWIL program fairly appraised as a ‘pale shadow’ of VMI in terms of the range of curricular choices and faculty stature, funding, prestige, alumni support, and influence.”

In 2007, Ginsburg delivered a passionate rebuke of the 5-4 majority in Ledbetter v. Goodyear Tire & Rubber Co. The case handled a lawsuit from Lilly Ledbetter, a Goodyear plant supervisor in Alabama who was the only woman at her level and paid less than her male colleagues. The Supreme Court ruled that Ledbetter’s discrimination suit was unfounded, deciding that employees with legitimate claims of pay discrimination must file suit within 180 days of their pay being set. Ledbetter was unaware of the stark pay gap for many years and as a result lost her ability to sue, according to the Court. Ginsburg dissented.

In her opinion, Ginsburg slammed the majority – five men – for misunderstanding the reality of the gender wage gap. She delivered her dissent from the bench, a rare practice in the Supreme Court that allows the dissenting judges to express how fiercely they disagree with the ruling. Ginsburg, in the end, was on the right side of history in the Goodyear case. In 2009 the Lilly Ledbetter Fair Pay Act was passed, overturning the SCOTUS decision, vindicating Ginsburg and strengthening protections for women in the workforce.

Other notable works of change include helping women gain the right to open a bank account, own credit cards, and a mortgage without a man’s signature.

The 2000 presidential election was one of the most contested in history, and the Supreme Court eventually stepped in to help declare a winner. Florida was the last uncalled state in the 2000 election, and its 25 electoral votes would have pushed either Republican George W. Bush or Democrat Al Gore into the White House. Bush won the state by a razor-thin margin, prompting a statewide recount.

However, the Supreme Court ruled by a 7-2 majority that the recount effort was unconstitutional since every precinct and district had different counting measures. With no clear alternative plan for recounts, Florida reverted back to the initially contested results and Bush won by 537 votes from the more than 5.8 million cast in the state. Ginsburg’s dissent in Bush v. Gore was simple but clear: nothing should stand in the way of counting every vote in an election.

In 2013 Ginsburg famously fought for voting rights again, clashing with Chief Justice John Roberts after the Court struck down key elements of the 1965 Voting Rights Act. In Shelby County v. Holder, the court effectively declared two sections of the VRA unconstitutional on the grounds that the protections they ensured were not necessary today as they were when passed.
“While any racial discrimination in voting is too much, Congress must ensure that the legislation it passes to remedy the problem speaks to the current conditions,” Chief Justice Roberts said.

Ginsburg’s dissent was one of the most forceful and notable of her career. She based the court for eliminating protections that have been effective in the past, saying equating the decision to “throwing away your umbrella in a rainstorm because you are not getting wet.” Similar to her dissent in Ledbetter, Ginsburg criticized her fellow justices for ignoring the reality of the situation – discrimination in voting is still common in many places.

Protections for Americans with Disabilities

In 1999, Ginsburg wrote the majority opinion in Olmstead v. LC, a landmark case that strengthened and protected the Americans with Disabilities Act. The case dealt with two Georgia women institutionalized with mental health disorders. The women were treated at a Georgia health facility and cleared to move into a community-based care facility. However, they remained institutionalized due to budgetary constraints, prompting the suit.

Ginsburg led a 6-3 majority in securing a major victory for Americans with disabilities. The women were moved into a community care facility, and the decision paved the way for disabled Americans to have more autonomy and rights.

Ginsburg has been a champion for a number of issues during her time as a Supreme Court Justice. She notably defended Roe v. Wade on a number of occasions, fighting against laws that she felt prevented women from controlling their own bodies. In addition, Ginsburg pushed back against companies that refused to provide contraception under health insurance. Ginsburg also sided with the 5-4 majority in Obergefell v. Hodges, the case that legalized same-sex marriage in the U.S.

Few Supreme Court justices achieve the national status that Ruth Bader Ginsburg did. In nearly three decades on the Court, Ginsburg had an instrumental hand in shaping American law, and her passionate dissents in cases on discrimination helped endear her to the American public. Today, her legacy is still being written. Her opinions shaped laws and public opinion, and we will continue to see how her decades on the court helped shape this country. 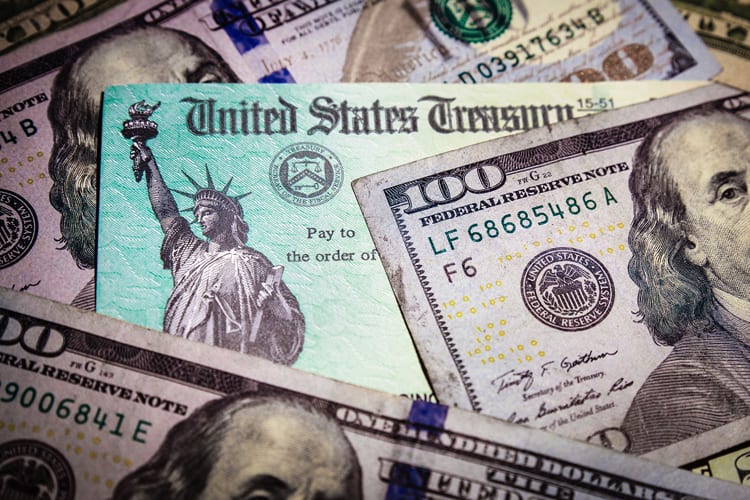