The Nicolas Cage now has become a meme but he was once one of the most in-demand actors of ‘90s Hollywood who won an Academy Award for Best Actor for Leaving Las Vegas. Born Nicolas Kim Coppola, nephew to one of the greatest filmmakers of all time, Francis Ford Coppola, the eccentric actor changed his name to stand on his own.

There’s absolutely no one else like Cage with his “all-in” acting methodology to whatever role he’s accepted. For example, he voluntarily removed 2 baby teeth without anesthesia to better understand the character and spent weeks wearing an unchanged bandage around his head so that acne and ingrown hair could give him a more sickly appearance. That’s dedication.

The Rise and Fall and Rise Again

While Cage has many great films [e.g. Moonstruck (1987), Leaving Las Vegas (1995), Matchstick Men (2003), Face/Off (1997), Spider-man: Into the Spiderverse (2018)] he’s had plenty of bad films as well. And a bad taste leaves a long-lasting impression. Most of these B movies were the result of his lavish spending forcing him to accept mediocre roles.

My fiancé quipped that “Nicolas Cage pumps out an amazing movie every decade or so” and his most recent role could be it. Cage currently stars in Pig (2021), an indie movie where he plays a truffle hunter on a revenge mission to find out who stole his beloved truffle-sniffing pig.

I’ve watched the movie, and it’s a dash of John Wick (with a pig), and a pinch of Ratatouille with no action scenes. Rotten Tomatoes has it at 98% and this is Cage’s best performance in years.

$150 Million Down the Short-Lived Drain

So how did Cage squander away his $150 million? Well like most celebrities, excessive spending, ridiculous buys, and thinking that the IRS doesn’t exist seems to be common.

In Cage’s case, he owed about $14 million in a mix of property and income taxes, which he’s still currently paying off.

Here are just some of his most lavish buys:

Properties, Islands, and a Haunted House

Celebrities need mansions, right? He bought 15 estates from around the globe, simultaneously owning them at one point, with a $25 million Newport Beach, CA waterfront home and a $15.7 million countryside estate in Newport, Rhode Island.

Not to mention, an 11th-century Bavarian castle in Germany and England. Both were remodeled.

Apparently, celebrities need islands too, and Cage purchased 2 private islands in the Bahamas, one of which cost $7 million.

It’s not enough to stop there. No, he needed a haunted house for $3.45 million in New Orleans, which belonged to Madame Delphine LaLaurie, a socialite and a notorious serial killer. She had tortured and murdered countless slaves in that house.

Maybe as an homage to his National Treasure days, Cage purchased a plot in the oldest cemetery in New Orleans to construct a 9-foot tall pyramid-shaped tombstone. He had wanted to be buried in it but this has been foreclosed after his tax issues.

Celebrities love yachts, and Cage had owned 4 huge ones with the most lavish one that contained 12 master bedrooms and cost $20 million.

He also had a private jet, a Rolls Royce collection, and a classic car collection that included Ferraris, Lamborghinis, Jaguars, Porches, and Triumphs.

Cage is a fan of comic books and his collection included the first-ever Superman comic “Action Comics No. 1.” This particular comic literally created the comic industry. He reportedly bought it for $150,000 and a few years later it was stolen (along with the first Batman comic) from his home. “Action Comics No. 1” was recovered 11 years later and Cage sold it for $2.1 million.

He also apparently purchased a prehistoric dinosaur skull (70 million years old!) for around $276,000 in which he outbid Leonardo DiCaprio for. It wasn’t Cage’s first dinosaur skull, with the other estimating to be around $600,000!

While the actor spent on other expensive things like a zoo to house his own personal live animal collection (Tiger King is no longer on the books), he has also spent millions to support charities and causes, including Amnesty International, Chrysalis, Hillsides, Oceana, Screen Actors Guild Foundation, and the Art of Elysium.

He also donated $1 million to help victims of Hurricane Katrina in his beloved city, New Orleans.

Nicolas Cage is currently worth $25 million, which sounds like a lot but he still owes IRS money.

His reasoning for the spending? “What is the grail but Earth itself?” he said in a New York Times Magazine interview. Sounds like another National Treasure movie plot but IRL.

Stick with The Financial Basics

While it’s painfully obvious that we’ll never be as rich as Cage, everyone still needs to stick with the financial basics to avoid going into debt.

Oh yes, and pay your taxes.

Read these additional articles for a deeper dive! How Do Student Loans Work?
The Smart Wallet · August 20 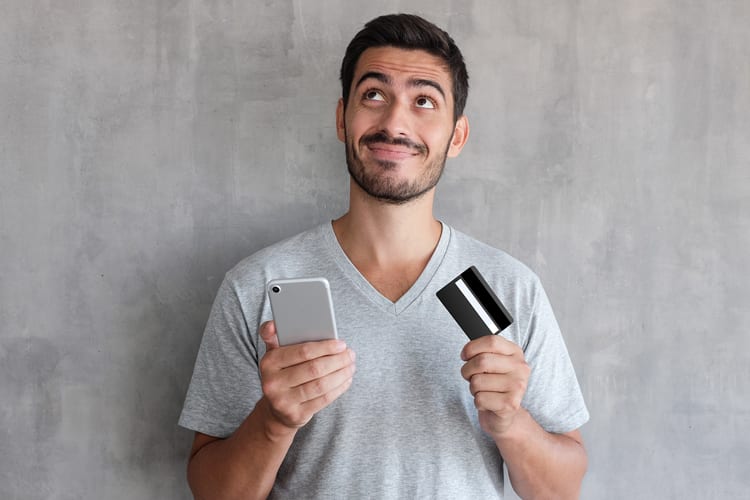 Stop Putting it Aside: Get Your Free Credit Score in 90 Seconds
Alice Ly · August 11