At the start of quarantine earlier this year, your social media feeds were most likely filled with tips (and pressure) on how to be productive during the “extra time” at home. X tips to feel more accomplished, X tips to keep yourself busy, X tips to not waste this time we’re given.

While self-improvement and productivity aren’t a new phenomenon, there seemed to be extra pressure felt around the nation. We saw stress-baking, which led to an obsession with sourdough starters and a shortage of flour, yeast, and eggs, around the world.

There were virtual nudges to learn a new language, start and maintain vigorous home workouts, pick up a new hobby, or crack that stack of books gathering dust bunnies. The list of potential to-dos (including freebies) was endless.

If Newton could come up with the theory of gravity during the bubonic plague quarantine, and Shakespeare could write King Lear during his lockdown, why can’t we?!

Because We Got Other Things to Worry About

Like our rapidly increasing mental stress. And just meeting basic needs such as rent, putting food on the table, becoming a teacher and babysitter to our kids, staying healthy, and worrying about our job stability and financials. All the what-ifs and whens.

Social media in general already makes us feel bad about ourselves. But “our addiction also ties into a need to find validation from others and the need to share our lives online, in the process neglecting our own happiness.”

And with the pandemic limiting normal activities, people started to feel the need to share their own ways of quarantine achievements for the virtual likes and temporary mood boost.

However, seeing a constant flow of this, and comparing it to your own activities, can make you feel guilty. A feeling no one needs during this time. Because this time is your time, everyone’s dealing with their own battles, and there’s no such thing as wasting it.

What “Unproductive” Activities Are Booming

Supposedly, if you’re not doing an activity to improve yourself, it was considered to be unproductive. We say “you do you.”

But we were also curious. Let’s take a deeper look into how Americans are consuming the two most popular “unproductive” activities.

A lot of people reached for the remote (or logged in) for video streaming, which should come as no surprise. Nielsen recorded an 85% increase in Americans streaming video with Netflix leading the way, then YouTube, then Hulu.1

We also found that 17% of Americans added one or more new streaming services with Gen Z and Millennials more likely to have opted into new subscriptions.

Out of those who subscribed to new streaming services, 58% said they expect to keep their service after the free trial is over with Gen X being the ones most likely to fork up the payments.

Also, how do you keep up with what shows are on which platform? Sure you have recommendations and watch lists within each service but what about keeping tabs overall? It’s a pain to jump from app to app to search. Two startups like JustWatch and ReelGood, are trying to solve the content aggregation problem. They lump your Netflix, your Disney+, Prime Video, and more into one easy to view guide. More importantly, it’s free to use.

Couch Potato for How Long?

How hard are Americans binging? Who’s binging more than the other?

From personal experience, the longest binge session I’ve had was 6 hours when a Korean zombie series called Kingdom on Netflix captured my undivided attention.

The average for Americans though? Here’s what it looks like:

We also found that males and females were pretty even in terms of who watches more on a daily basis:

And broken down by Generation:

When is it time to break up with a streaming service?

Price, not surprisingly, is the number one factor for canceling a streaming service. Followed by finding a better service and then if the platform is showing too many ads.

It’d be hard to know someone without a Netflix subscription already since there are currently 72.9 million subscribers in the U.S.2

However, Netflix doesn’t view another streaming service like HBO or similar as their main competitor.

It’s actually the popular online game, Fortnite, that they’re battling for eyeballs with.

This leads us to the next most popular “unproductive” activity during quarantine – gaming.

Leveling Up Virtually in a Pandemic

A more active way to escape from the COVID-19 reality is gaming. You can stay in the comfort of your own home, be able to play with your friends online, and still get that adrenaline rush at the same time.

We asked 22,000 Americans if any gaming habits developed during the quarantine.

And what that meant on a gender level:

Most survey respondents were already some form of a gamer while 19% picked up gaming due to quarantine.

For those who started playing new games during quarantine, 1-3 games are the norm.

60% of women are spending more than an hour playing games every day compared to 56% of men.

We also asked how much money was spent:

50% of women have spent less than $20 on new games, which makes sense as they were the group more likely to add more games to their phones. On average, mobile gaming apps are generally less than a $1 per game with more complex titles going up to $4.99.

When asked if they’ll continue playing the same games once restrictions lift, 67% of Americans said yes with baby boomers more likely to continue.

And here’s an overview of generational trends:

The bottom line is, ignore all the chatter about what you should be doing with your quarantine time and consider what’s best for yourself and your family.

Even though some Americans may feel like they’re “over it,” it doesn’t mean that COVID-19 has magically disappeared despite wishful thinking. So if binging on Netflix or playing some games de-stresses you and takes your mind off of the real world, by all means, go for it and don’t feel guilty about not being “productive.” Just living daily in the unknown is hard enough!

Sources:
185% increase in Americans streaming: The Hill / Nielsen
272.9 million Netflix subscribers in the U.S.: Statista
Survey commissioned by The Smart Wallet and conducted by Fluent Pulse Lili Review: The Bank Account No Freelancer Should Live Without
Alice Ly · April 22 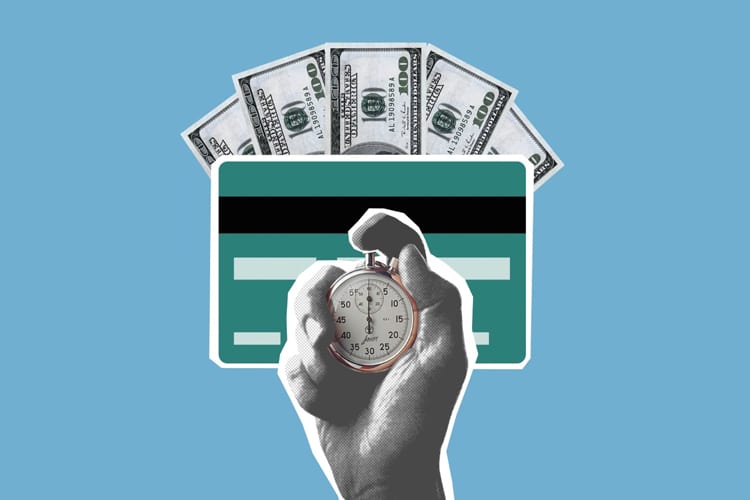