SIGN UP FOR MONEY TIPS TO YOUR INBOX + ENTER THE $1,000 LOVE YOURSELF GIVEAWAY! You’ve probably heard of minimalism before, whether in a college class or in conversation with a friend. Minimalism began as an art movement in the United States after World War II, and it focused on stripping things to the bare minimum. It’s become popular in film and music, but you can even apply minimalism to your budget.

The general principle of minimalism in your budget is to do more with less. While many guides suggest new ways for you to make money, a minimalist budget can help you get more out of the money you already have, or as minimalist Natalie Bacon says, “minimalism means prioritizing what’s valuable to you, while intentionally reducing clutter in other areas.”

Minimalism is about refocusing your priorities and thus changing your spending and budgeting habits. A minimalist budget doesn’t necessarily guarantee that you’ll save money, just that you’ll be doing more goal-oriented spending. Minimalism and frugality can work together, but they aren’t the same thing.

Before you actually get to your money, the first step of a minimalist budget starts with your mindset. Consider your financial goals, and prioritize what matters to you the most. Once you visualize your future, a minimalist budget can take you from where you are now to where you want to be later.

After you’ve established your goals, analyze your spending history and keep track of where your money goes. By viewing your spending through the lens of your financial goals, you can more easily identify areas you’re overspending, as well as places you might not be spending enough.

You can also use this mindset when making future purchases, but again it’s not exactly straightforward. For instance, buying a TV doesn’t help you retire, but it’s not as if you should never purchase luxury items.

Minimalism would tell you to buy something guaranteed to last long, even if it lacks all the bells and whistles of newer tech. In the same vein, minimalism would warn against buying the new version of a phone or TV if your current version works fine.

On a minimalist budget, you should also take steps to take some work out of your finances. One easy way to do this is to automate all your recurring bills, but take any steps you feel make your money easier to manage.

The Effects of Minimalism

Minimalism will also help you take stock of what you already have and see the value in it. By recognizing that what you own is functional and serves a purpose, you may be less inclined to spend money something new.

Above all else, a minimalist budget is about focusing your spending and simplifying your financial life. You may end up cutting spending in some areas and increasing it in others, but you’ll feel less hooked by materialism or consumerism. In general, it should be freeing. How to Have a Budget Wedding
Alice Ly · February 11 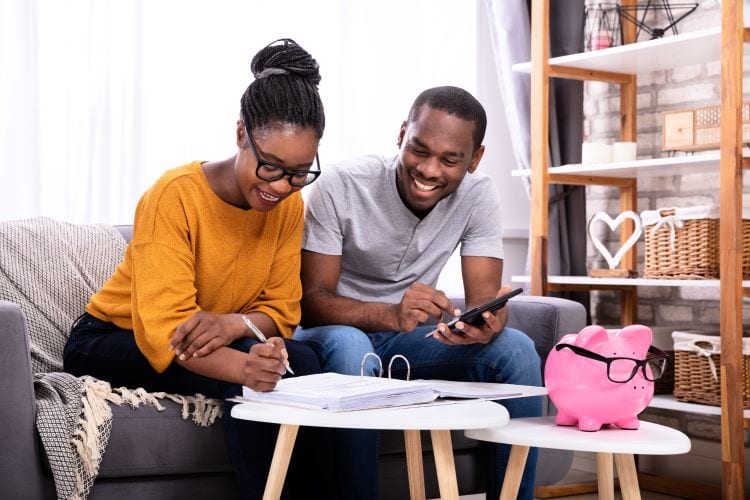 Should I Refinance My Student Loans?
Megan Fourhman · December 8